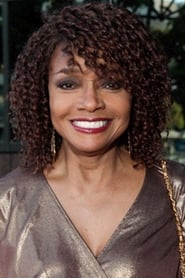 From Wikipedia, the free encyclopedia Beverly Todd (born July 11, 1946) is an American actress, producer and writer. Todd gained major work during the 1970s, appearing in notable films such as The Lost Man (1969), They Call Me MISTER Tibbs! (1970), Brother John (1971) and A Piece of the Action (1977). This eventually led to other distinguished and more important work. Her more memorable roles came in Lean on Me and the film Crash. Recently, she reunited with Morgan Freeman (who co-starred with her in Lean On Me), playing the role of his wife in the 2007 film The Bucket List. Todd was born in Chicago, Illinois, the daughter of Virena Todd (née Skinner). Todd was previously married to film producer Kris Keiser. Together they had a son Malik Smith, who died on March 20, 1989 at the age of eighteen after being severely beaten at a nightclub while on spring break. Description above from the Wikipedia article Beverly Todd, licensed under CC-BY-SA, full list of contributors on Wikipedia.