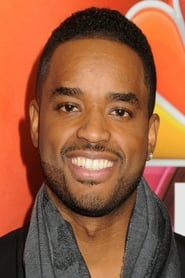 Larenz Tate (born September 8, 1975) is an American film and television actor. Tate was born on the west side of Chicago, Illinois. He is the youngest of three siblings whose family moved to California when he was nine years old. Convinced by their parents to enter a drama program at the Inner City Cultural Center, the trio did not take the lessons seriously until classmate Malcolm-Jamal Warner's ascent to fame after being cast on the sitcom The Cosby Show. Subsequently realizing that they could parlay their efforts into a tangible form of success, the siblings began to receive small roles and in 1985, Tate made his small-screen debut in an episode of The New Twilight Zone series. Following appearances in such television series as 21 Jump Street and The Wonder Years, Tate was cast in the television movie The Women of Brewster Place before receiving the recurring role of Steve Urkel's nemesis, Willie Fuffner, in the family comedy series Family Matters (1989). He was also a cast member on the CBS series The Royal Family, starring Redd Foxx and Della Reese, which ended prematurely when Redd Foxx suddenly died. In the video game 187 Ride or Die, Tate voices the main character, Buck. Following numerous small-screen roles, offers began pouring in for Tate, and in late 1992, collaborative filmmaking siblings Albert and Allen Hughes approached him to star in their debut feature Menace II Society. A jarring vision of inner-city desperation and decay, the film found Tate channeling his substantial energy into creating "O-Dog", a trigger-happy teenager. Following up with the little-seen but often-praised television series South Central, Tate would later appear in the family comedy-drama The Inkwell (1994) before re-teaming with the Hughes brothers for Dead Presidents (1995) and taking on the role of a love-stricken young poet in the romantic drama Love Jones (1997). Larenz Tate also played the role of Kenny in The Fresh Prince of Bel-Air in the episode "That's no Lady That's my Cousin". There followed roles in The Postman (as the automotively monikered Ford Lincoln Mercury), the Frankie Lymon biopic Why Do Fools Fall in Love (1998, with Tate as Lymon), and 2000's Love Come Down. Though a big theatrical release had eluded Tate for the first few years of the millennial turnover, Tate would soon turn up opposite Laurence Fishburne in the high-octane but critically derided Biker Boyz (2003), A Man Apart (2003), Crash (2004), as music legend Quincy Jones in Ray (2004), and Waist Deep (2006). Larenz was also featured in R&B singer Ashanti's 2003 released music video Rain on Me, where he played the jealous, abusive spouse of Ashanti. The video touched on the subject of domestic abuse. He can be seen in the latest season of FX Network's Rescue Me. Tate is married to Tomasina 'Geneva' Parrott. They have two sons together named Myles and Zander.