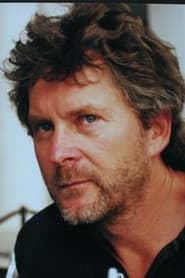 Alexander B. Witt (born 1952) is a Chilean Hollywood filmmaker who has worked mostly as a camera operator and second unit director. His feature directorial debut came in 2004 with Resident Evil: Apocalypse, based on the popular Capcom video game series. Witt also became the 2nd unit director on the James Bond movie Casino Royale in 2006. From a 2004 interview on IGN, he says this about his history: "I was born in Chile, the third generation of Germans there. And, we moved to Mexico, from Mexico in '73 I moved to Europe, where I started working in film. I started with Arriflex, the company that makes the cameras. I was there for a year and I did kind of a trainee type of year where I was in the sound department, in the lab, in the studio working with the actual productions and also assembling cameras. And then I moved to Europe, where I lived three years, and then, back in '76, I did my first movie as a camera assistant, which was 21 Hours at Munich. And then, I kept on going, I moved up to focus puller or first AC, and then operating and then DP-ing. And then I was DP-ing commercials and then I started directing commercials in the late 80's and beginning of [the] 90's. I was working with Jan and doing his second unit as a DP while he was a DP He is the one that really gave me the break on Speed 1 to start directing second unit." Description above from the Wikipedia article Alexander Witt, licensed under CC-BY-SA, full list of contributors on Wikipedia.