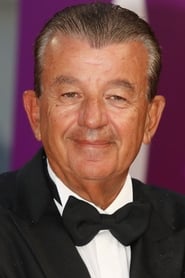 Tarak Ben Ammar (born on June 12, 1949 in Tunis, Tunisia) is an international film producer and distributor, (the owner of French production and distribution company Quinta Communications). He is famous for his interest in artistic movies, especially when they are related to Mediterranean culture or require North African locations. His producing credits include the Franco Zeffirelli film adaptation of La Traviata and Claude Chabrol's Death Rite. On 19 May 2010, he announced a "strategic relationship" with the Weinstein Company. Ben Ammar became well known in France at the beginning of 2004 when he decided to distribute The Passion of The Christ after everybody else declined. He appeared on television talk shows, defending the movie. He is also known as the advisor of international investor Prince Al Waleed Bin Talal Bin Abdul Aziz, and French businessman Vincent Bolloré. He was raised in the Muslim religion. Ben Ammar currently lives in France, with two of his three sons, Neil and Tarak Jr., and his daughter Sonia. He was formerly a manager of Michael Jackson's HIStory World Tour. Tarak Ben Ammar was born to a French mother and Tunisian father. He is also the nephew of Wassila Ben Ammar, the wife of Habib Bourguiba. He is the brother of Hélé Béji. He is the father of Sonia Ben Ammar. Source: Article "Tarak Ben Ammar" from Wikipedia in english, licensed under CC-BY-SA 3.0.