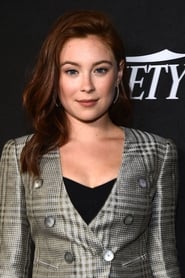 Mina Sundwall is an American actress who is known for her roles in Maggie's Plan, Freeheld, and #Horror. Sundwall was born on October 23, 2001, in New York City. In 2012, she made her first appearance in television on the documentary series Celebrity Ghost Stories. She appeared in Law & Order: Special Victims Unit in 2014. In 2015, she acted in the romantic comedy-drama Maggie's Plan, the thriller Freeheld, and the horror film #Horror. She plays the role of Penny Robinson in the first season of the Netflix series Lost in Space, which aired in April 2018.