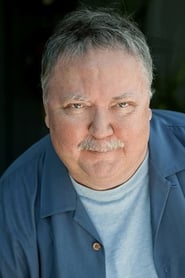 Michael Gerard Hagerty (May 10, 1954 – May 5, 2022) was an American actor. He was known for playing comedic blue-collar workers, including his recurring roles as Mr. Treeger, the building superintendent, on Friends and the manager of a muffler shop on HBO's Lucky Louie. Hagerty started acting after being invited by Jim Belushi to join the improv group The Second City. He went on to co-write and co-star in three revues on the troupe's mainstage during the 1980s (Also Available in Paperback — A Retrospective, Orwell That Ends Well, and True Midwest, or No, But I Saw the Movie). He also introduced the lyrics of "Bear Down, Chicago Bears" to its cast and had them memorize and sing the song. He subsequently began acting in films and television shows, beginning with Doctor Detroit in 1983. Hagerty became known for his mustache and thick Chicago accent. Although the majority of his career was spent in television, Hagerty had small roles in many films, and ultimately garnered over 100 acting credits throughout his career. He was recognized for his small character roles in a wide range of popular comedies, including Martin, Cheers, The Wayans Bros., Curb Your Enthusiasm, Friends, Seinfeld, and The Wonder Years. He was one of twenty actors to appear in both Friends and Seinfeld. Hagerty was also a regular on The George Carlin Show, which was his first recurring television role. One of his final acting roles was Somebody Somewhere, which he was still filming at the time of his death.