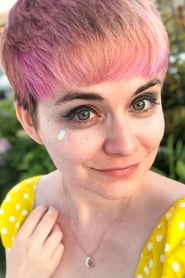 ​Morgan was born on January 18, 1993 in Burbank, California. When she was 18 months old, she accidentally fell into a ThermoScan Ear Thermometer commercial. She stopped acting for a while after that but then nailed the part of Kim Baker in the box-office hit, Cheaper by the Dozen (2003). In 2004 Morgan booked the role of LuLu Plummer in "The Pacifier" along with Vin Diesel and Brittany Snow. In July of 2005 she once again portrayed Kim Baker in "Cheaper By The Dozen 2." She has a recurring role as Sarah on the hit Disney Series, Hannah Montana. Morgan has two siblings, a sister named Wendy and a brother named Thomas. She is very close with both of them. She is a huge fan of the Harry Potter books and movies and her favorite character is Hermione Granger. She also loves to write Harry Potter fanfics and draw.