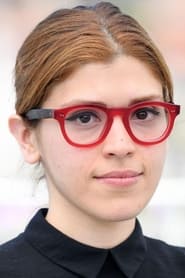 Anahita Ghazvinizadeh (b1989, Tehran, Iran) got her BFA in cinema from Tehran University of Art and her MFA in studio arts from The School of the Art Institute of Chicago. Anahita has studied with Abbas Kiarostami and is influenced by his cinematic style. Since 2011 she started to work on a trilogy of short films with children as main characters. When the Kid was a Kid (2011, Iran) and Needle (2013, US) are the first two finished pieces. Needle was premiered in Cannes Film Festival, Cinefondation selection and won the Premier Prix. Anahita was selected as one of the 25 New Faces of Independent Cinema in 2013 by the Filmmaker Magazine. She is also the co-writer of the acclaimed feature film, Mourning (2011).