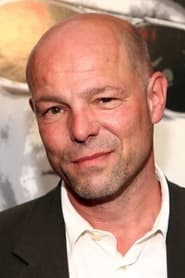 From Wikipedia, the free encyclopedia. Simon Cellan-Jones is a Welsh television director and film director, who began his career as a production assistant in the mid-1980s, working on series such as Edge of Darkness. By the late 1980s he had worked his way up to become a director, and he gained credits on some of the most acclaimed British television productions of the 1990s. These included episodes of Cracker (1993) and Our Friends in the North (1996). He was nominated as the Best Newcomer at the British Academy Film Awards for his first feature film Some Voices (2000). Other television credits have included BBC One's Sherlock Holmes and the Case of the Silk Stocking (2004) and More4's The Trial of Tony Blair (2007). He is the brother of Rory Cellan-Jones and the son of fellow director James Cellan-Jones. Description above from the Wikipedia article Simon Cellan-Jones, licensed under CC-BY-SA, full list of contributors on Wikipedia.