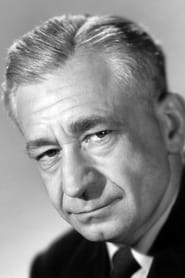 From Wikipedia, the free encyclopediaArthur Gordon "Art" Smith (March 23, 1899 – February 24, 1973) was an American film, stage and television actor, best known for playing supporting roles in the 1940s.Born in Chicago, he was a member of the Group Theatre and performed in many of their productions, including Rocket to the Moon, Awake and Sing!, Golden Boy and Waiting for Lefty, all by Clifford Odets; House of Connelly by Paul Green; and Sidney Kingsley's Men in White. The gray-haired actor usually played studious and dignified types in films, such as doctors or butlers.Smith appeared in many black-and-white noirish films in supporting roles alongside more handsome and popular movie leads, such as John Garfield in Body and Soul (1947) and Humphrey Bogart in In a Lonely Place (1950). He had a key role as a federal agent in 1947's Ride the Pink Horse, starring and directed by Robert Montgomery. Two of these films, In a Lonely Place and Ride a Pink Horse, were based on novels by Dorothy B. Hughes.Smith was one of the victims of the Hollywood blacklist, which ended most of his film career in 1952. In 1957, he originated the role of Doc in the stage version of West Side Story. Smith only returned occasionally to the film business, for example in an uncredited part in The Hustler. He also worked on television before retiring in 1967. He died, aged 73, in Long Island, New York, from a heart attack.