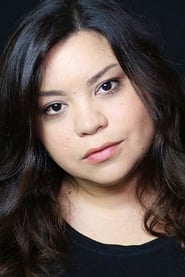 Born in San Juan, Puerto Rico and based out of New York City, Adrienne is an award winning actor, director, writer and filmmaker known for her roles in Sunlight Jr., Gotham, Master of None, and When I'm With You, a feature film she wrote, produced and starred in. She is also the founder of The Garage Productions in New York City, which produces work that creates the opportunity for social change and supports diversity on screen and behind the camera.