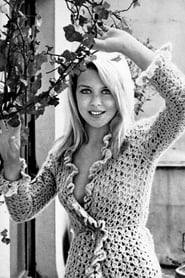 Born in the Netherlands as Katia Christine van Kranenburg, Katia was a busy exploitation film actress in the 60s and 70s. Her travels took her to France (where her career officially began), Italy, Turkey and the UK and she eventually settled in the U.S., where she put in appearances in a number of TV shows and made-for-TV movies. She also appeared in pictorials in the Italian Playmen magazine in 1975 as well as U.S. Playboy in 1977. She retired from acting in the mid 80s and currently lives in New York City.