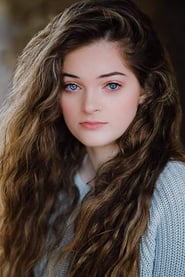 Erika Marie Bierman is a Cuban-American actress. She was born in historic Savannah, Georgia which has been the site of many famous films. At the mere age of 8 , Erika expressed her desire to be an actress and begged her parents to let her compete in an acting/modeling contest in Orlando, Florida. She wrote her own monologue for the contest and got noticed by numerous reputable managers and agents. Her first big break came when she was cast as President Snow's Granddaughter in the Hunger Games Catching Fire. She was thrilled to work alongside Donald Sutherland in both Catching Fire and Mockingjay I Later; she appeared in Dumb and Dumber To, and worked with Jeff Daniels. In August 2015, she played "Rose" on the Peabody Award winning Sundance show Rectify. More recently, Erika played "Kylie" in Instant Family and had a great time on set with Mark Wahlberg, Rose Byrne and Isabela Moner. When Erika is not acting she enjoys singing, dancing and photography. She also enjoys traveling and improving her craft and was able to attend a Summer Acting Program at Harvard University as well as spend time in Geneva, Switzerland while attending Nord Anglia Summer Performing Arts with Juilliard.