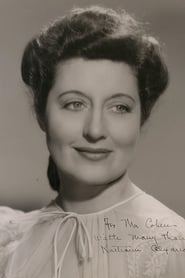 From Wikipedia, the free encyclopediaKatharine Alexander (September 22, 1898 – January 10, 1981) was an American actress of stage and screen. She appeared in 44 films between 1930 and 1951.She was born in Fort Smith, Arkansas and died in Tryon, North Carolina. She was one eighth Cherokee Indian. She planned to be a concert artist, and it was while she was giving a violin recital that she was seen by Samuel Goldwyn who gave her a chance on stage from where she rose to be one of Broadway's leading ladies. She was married to William A. Brady Jr, (1900-1935), the son of William A. Brady a theatre actor, producer and sports promotor and actress Grace George. They had a daughter, Barbara Brady.She starred alongside Paul Muni as his wife Linda Loman in London's Phoenix Theatre production of Death of a Salesman, which opened on July 28, 1949, directed by Elia Kazan.