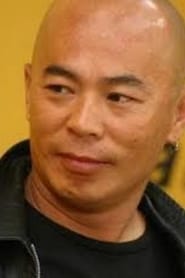 “The Human Whirlwind” would be a fitting nickname for stuntman, fight performer and actor Xiong Xin Xin due to his incredibly fast and electrifying wu-shu acrobatics and fighting moves. His physical prowess and bravery as a stuntman and stunt-double had already brought him some level of repute when he was finally given opportunities to shine playing characters in movies. This revealed an actor with a raw and distinct presence even if he was called upon to play only villainous or supporting roles. He might have become a new Yuen Wah if it hadn’t been for an unfortunate change in H-K action cinema. At the end of the 1990s we saw not only a sharp decline in action filmmaking but also a shift away from performers with genuine skills to being supplanted in action roles by screen-savvy special effects enhanced actors.