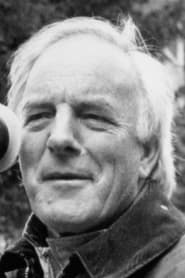 From Wikipedia, the free encyclopedia. Robert William Young (born 16 March 1933) is a British television and film director. Young was born in Cheltenham, and in the 1980s and early 1990s, established himself as a leading director of British TV drama. In the 1970s, he directed Vampire Circus (1972) and Hammer House of Horror. He directed several episodes of Minder and Bergerac in the early 1980s, and the acclaimed TV serial The Mad Death which centred around a rabies outbreak. Perhaps his best remembered television work was on Robin of Sherwood, for which he directed many of the best-regarded episodes. Young moved towards black comedy in the early 1990s, directing Jeeves and Wooster based on the stories written by P.G. Wodehouse, and GBH, for which he was nominated for a BATA award. It was partly on the strength of GBH that he was assigned to direct Fierce Creatures, John Cleese's 1997 follow-up to A Fish Called Wanda, which featured many of the same cast as GBH. However, the production ran into problems and Fred Schepisi was brought in to finalise the movie. Young did, however, direct Splitting Heirs, which starred Cleese and Eric Idle. Young has continued to work on television drama since then. Description above from the Wikipedia article Robert Young (director), licensed under CC-BY-SA, full list of contributors on Wikipedia.​