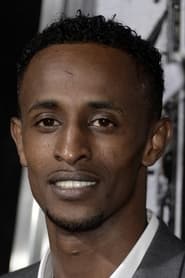 Originally born in the city of Galkayo, a city located in the north-central region of Somalia. Barkhad lived most of his life in the Cedar-Riverside neighborhood, in the south side of Minneapolis. Emerging from a predominantly low-income East African immigrant community, Barkhad was actively exposed to an environment that is rich and abundant in many forms of arts across a spectrum of many cultures. The Cedar-Riverside neighborhood houses the highest concentration of Somalis. The Somali Diaspora's manifestation in the arts of poetry has given them the name the nation of poets. A Stray, an independent film shot in the heart of Cedar-Riverside, starting Barkhad himself, gives viewers a glimpse of his actual background. His film credits range from his role in Captain Philips, a 2013 Sony production, A Stray, a 2016 production, to his recently Oscar nominated film Watu Wote: All of us.