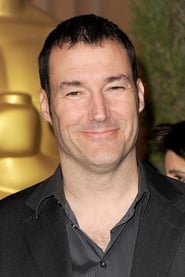 From Wikipedia, the free encyclopedia Mark Andrews is a Pixar employee. He was the story supervisor for The Incredibles, directed the short film One Man Band and co-wrote the short films Jack-Jack Attack and One Man Band. He studied animation at the Character Animation Program at CalArts. He is also considered to be Brad Bird's "right-hand man". Some of his student films have been featured at MOMA's exhibition TOMORROWLAND: CalArts in Moving Pictures. Unlike other CalArts alumni, he is not a fan of Disney films, and claimed he was a bigger fan of Kimba the White Lion, Speed Racer, and Robotech. He is father of Maeve Andrews, who playes the voice of Jack-Jack Parr in The Incredibles. He replaced Brenda Chapman as director of the upcoming Pixar feature film Brave. Description above from the Wikipedia article Mark Andrews, licensed under CC-BY-SA, full list of contributors on Wikipedia.