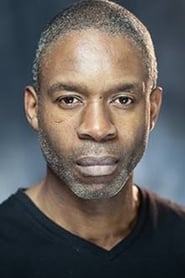 Wilbert "Wil" Charles Johnson (b. April 18, 1965)(h. 5' 9" (1.75m)) is an English actor, who has had notable television roles in Waking the Dead and Babyfather, and on stage in Othello. Wil Johnson was born in Muswell Hill, London. His mother was a dressmaker and his father a carpenter. Johnson had no interest in acting while he was at drama school; he had a speech impediment and had regular panic attacks. After he filled in a role for an absent actor, he changed his mind. Johnson's first professional acting role came in the play Four Seasons at the 1985 Edinburgh Festival Fringe. For the rest of the 1980s he made minor appearances in television series such as Casualty and London's Burning, before playing detective Stevie Johnson in the London Weekend Television series Anna Lee. From 1994 to 1995 he played the supporting role of Detective Constable Skelton in Cracker. Between roles, Johnson worked for a local undertakers, driving the hearse and acting as a pallbearer. At one funeral, a mourner recognised him from Cracker and asked for his autograph. In 2000, he appeared in the BBC television pilot Waking the Dead, as Detective Sergeant Spencer Jordan, a member of a specialised police unit tasked with investigating "cold cases". Waking the Dead returned for a complete series in 2001, and Johnson has been a main cast member since. From 2000 to 2002, he appeared as Steve Robinson in Paul Abbott's popular drama series Clocking Off. From 2001 to 2002, he appeared as a main cast member in two series of the BBC's Babyfather. In 2004, Johnson played the title character in the Royal Lyceum Theatre Company's Othello. He also played Marcus Kirby in the BBC Drama Waterloo Road. He departed in the second half of Series. In 2011 Johnson starred as Gangstar Boss Big Mike in Anuvahood