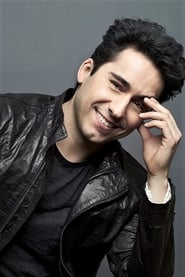 John Lloyd Mills Young (born July 4, 1975) is an American actor and singer.[1][2] In 2006, he won the Tony Award for Best Leading Actor in a Musical for his role as Frankie Valli in Broadway's Jersey Boys. He is the only American actor to date to have received a Lead Actor in a Musical Tony, Drama Desk, Outer Critics Circle and Theatre World Award for a Broadway debut.[citation needed] Young sang lead vocals on the Grammy-award winning Jersey Boys cast album, certified Platinum by the Recording Industry Association of America. Young reprised his role as Frankie Valli in Warner Brothers' film adaptation of Jersey Boys, directed by Clint Eastwood and released June 20, 2014. Young was appointed by President Barack Obama to the President's Committee on the Arts and Humanities. He was sworn in by Supreme Court Justice Elena Kagan on November 21, 2013.