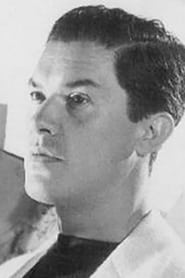 Jean Louis (born Jean Louis Berthault; October 5, 1907 in Paris, France – April 20, 1997 in Palm Springs, California) was a French-born, Hollywood costume designer and an Academy Award winner for Best Costume Design. Before coming to Hollywood, he worked in New York for fashion entrepreneur Hattie Carnegie, where the clientele included Joan Cohn, the wife of Columbia Pictures studio chief Harry Cohn. He worked as head designer for Columbia Pictures from 1944 to 1960. His most famous works include Rita Hayworth's black satin strapless dress from Gilda (1946), Marlene Dietrich's celebrated beaded souffle stagewear for her cabaret world tours, as well as the sheer, sparkling gown that Marilyn Monroe wore when she sang "Happy Birthday, Mr. President" to John F. Kennedy in 1962. The dress was so tight that he is believed to have actually sewn it while Monroe was wearing it. The idea of dresses being a nude color, with crystals coating it, stunned audiences. It gave the members of the audience the illusion that Monroe was nude, except for discretely placed rhinestones covering them head to toe. Louis had originally designed a version of the dress for Marlene Dietrich, who wore it in her concert shows. An impressed Monroe asked Dietrich about it, who told her how the dress's illusion worked, and sent her to Louis to design a similar dress for her Kennedy appearance. While Dietrich had been seen wearing her version before Monroe, the press coverage surrounding Monroe's appearance at Madison Square Garden in her style of gown swept the globe. This robe became—besides the white one from "The Seven Year Itch"—Marilyn Monroe's most famous robe, selling at auction in 2016 for 4.8 million dollars. From Wikipedia, the free encyclopedia