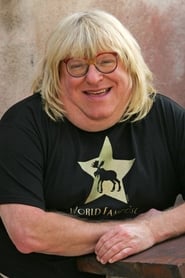 From Wikipedia, the free encyclopedia. Bruce Vilanch (born November 23, 1948) is an American comedy writer, songwriter and actor. He is a six-time Emmy Award-winner known to industry professionals in Hollywood and New York as "the fat guy who writes everyone's jokes." He is likely best known for his four-year stint on Hollywood Squares, as both a celebrity participant and head writer for the show. He also performed off-Broadway in his one-man show Bruce Vilanch: Almost Famous in 2000. Since 2000, Vilanch has been the head writer for the Oscars, after being an Oscar program co-writer for the previous 10 years. He is a featured writer for the Tonys, Grammys and Emmys. Description above from the Wikipedia article Bruce Vilanch, licensed under CC-BY-SA, full list of contributors on Wikipedia.