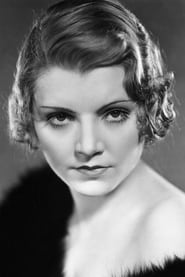 From Wikipedia, the free encyclopedia Peggy Shannon (born Winona Sammon, January 10, 1907 – May 11, 1941) was an American actress. She appeared on the stage and screen of the 1920s and 1930s. Shannon began her career as a Ziegfeld girl in 1923 before moving on to Broadway productions. She was signed to Paramount Pictures and groomed to replace Clara Bow as the newest "It girl", whom she replaced in the 1931 film, The Secret Call. Her growing dependency on alcohol eventually derailed her career. She appeared in her final film, Triple Justice, in 1940. In May 1941, Shannon died at the age of 34 from a heart attack, brought on by alcoholism. Her husband, Albert G. Roberts, shot himself three weeks after her death. Shannon was born in Pine Bluff, Arkansas in 1907[ (some sources erroneously cite 1909 or 1910) to Edward and Nannie Sammon. She had a younger sister, Carol. She attended Annunciation Academy Catholic School and Pine Bluff High School before being hired as a chorus girl by Florenz Ziegfeld while visiting her aunt in New York in 1923. The following year she was cast in the Ziegfeld Follies followed by a role in Earl Carroll's Vanities. While on Broadway in 1927, she was spotted by B. P. Schulberg, production head of Paramount Pictures, and was offered a contract. When she arrived in Hollywood, she was hailed as the next "It girl", replacing the former, Clara Bow. Prior to the shooting of The Secret Call, Bow had suffered a nervous breakdown and Shannon was hired to replace her only two days after her arrival in Hollywood. Shannon would sometimes work sixteen-hour days (from 10 a.m. to 4 a.m. the next day) while shooting a film, and when shooting wrapped, would rush to begin another film. She would occasionally work on two separate films in one day. Through films and publicity, Shannon became known as a fashion plate, wearing styles three months before they became popular. In 1932, she signed a new contract at Fox and became known as difficult and temperamental on the set and was rumored to have had a drinking problem. In 1934, Shannon returned to New York City to do the Broadway show, Page Miss Glory. In 1935, she continued on Broadway with The Light Behind the Shadow, but was soon replaced, with a press release claiming a tooth infection, though rumors claimed it was her drinking. In 1936, she returned to Hollywood with Youth on Parole. She found it harder to conceal her drinking. Fewer movie roles were offered, while her drinking worsened. She made her last film appearance in the 1940 film, Triple Justice, opposite George O'Brien.