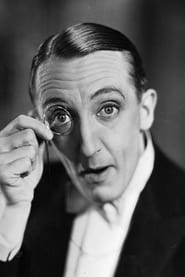 From Wikipedia, the free encyclopedia Claud Allister (3 October 1888 – 26 July 1970) was an English actor. After his education at Felsted, in Essex, he appeared in 74 films between 1929 and 1955. He was born William Claud Michael Palmer in London, England and died in Santa Barbara, California. His interment was located in Westwood Village Memorial Park Cemetery. He began his career as a stockbroker's clerk but gave it up and made his stage debut in 1910. He toured England playing minor parts till the war started. He served in WWI and in 1924 went to America to act on the stage. In 1929 he made his film debut where he featured in The Trial of Mary Dugan. Description above from the Wikipedia article Claud Allister, licensed under CC-BY-SA, full list of contributors on Wikipedia. ​