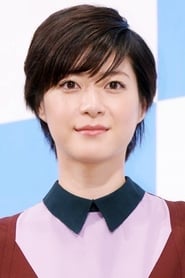 From Wikipedia, the free encyclopediaJuri Ueno (born May 25, 1986) is a Japanese actress from Kakogawa, Hyogo, Japan. She was one of six actors to receive the "Newcomer of the Year" prize at the Japanese Academy Awards in 2005 for her role in Swing Girls. She is also known for her starring role as the title character in the live-action adaptation of Nodame Cantabile for which she won "Best Lead Actress" at the 51st Television Drama Academy Awards in 2007, and as Ruka Kishimoto in Last Friends for which she was voted "Best Supporting Actress" at the Nikkan Sports Drama Grand Prix and the 57th Television Drama Academy Awards in 2008. Description above from the Wikipedia article Juri Ueno, licensed under CC-BY-SA, full list of contributors on Wikipedia.