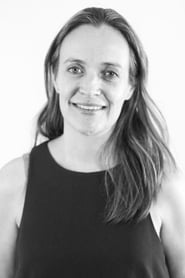 Jennifer Peedom is a BAFTA nominated Australian filmmaker. Her documentary Solo (co-directed with David Michôd) won the 2009 Australian Film Institute Award for Best Documentary in Under One Hour. Her film Sherpa, which was filmed during the 2014 Mount Everest avalanche, won the 2015 Grierson Award for Best Documentary at the BFI London Film Festival. It premiered internationally at the Telluride Film Festival and also screened at Toronto Film Festival and received a BAFTA nomination in 2016 for Best Documentary. In 2017 she directed Mountain, a collaboration the Australian Chamber Orchestra with script by Robert Macfarlane (writer), narrated by Willem Dafoe. It screened theatrically in 27 countries and went on to become the highest grossing (non-IMAX) Australian documentary of all time. It won 3 AACTA (Australian Academy Awards) in 2018.