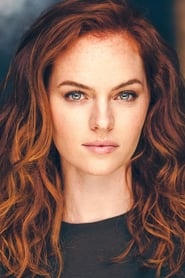 Lacey Nicole Hannan began acting when she moved to Yankton, SD at the age of 9. Her first role was one of the sisters in Beauty Lou and the Country Beast and for the next 15 years performed in countless plays. She has proudly performed with The Nebraska Repertory Theatre and Angels Theatre Company. Hannan believes that playing Amanda in "In My Daughter's Name" has been her most fulfilling role yet and hopes to continue advocating for domestic violence victims. Her first commercial performance was at the age of 10 singing with Yankton Children's Choir for a HyVee ad. She moved to LA at the end of 2010 and immediately jumped into acting and has done some modeling on the side. Most recently she landed the comedic role of Martina in "League of Ordinary Gamers."