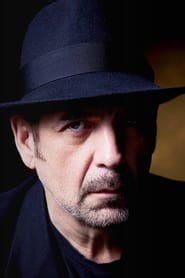 From Wikipedia, the free encyclopedia Luis Gabriel Beristáin, ASC, BSC, AMC is a Mexican cinematographer, producer, and television director known for his work on numerous well-known films including The Distinguished Gentleman, The Spanish Prisoner, Blade II, and Street Kings, and several entries in the Marvel Cinematic Universe including the Agent Carter television series. He has collaborated with filmmakers like Guillermo del Toro, Derek Jarman, David Mamet, and David Ayer. He is an active member of both the Academy of Motion Picture Arts and Sciences and the British Academy of Film and Television Arts. Description above from the Wikipedia article Gabriel Beristain, licensed under CC-BY-SA, full list of contributors on Wikipedia.