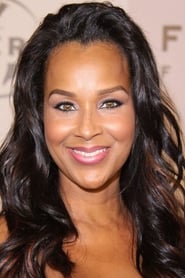 LisaRaye McCoy was born on September 23, 1966 in Chicago, Illinois. Commonly known as LisaRaye, she is an actress and fashion designer. She is also the ex-wife of Michael Misick, a former Premier of the Turks and Caicos Islands. She is best known for portraying Diana "Diamond" Armstrong in the film The Players Club and Neesee James on the CW sitcom "All of Us" from 2003 until 2007. McCoy made her acting debut as the lead in Reasons, an independent film directed by Monty Ross. She also was a backup dancer in Michael Jackson's "Remember the Time" video. McCoy had the lead role "Diamond" in The Players Club, directed and written by Ice Cube. Her film credits include: The Wood opposite Omar Epps, Rhapsody, All About You, and Go for Broke. In 2005, she launched two fashion lines: Luxe & Romance, a lingerie line that was introduced during New York's Fashion Week, and Xraye, a jeans line for women.