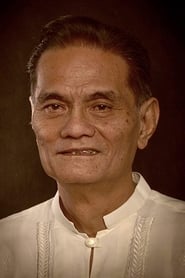 Producer/director Cirio H. Santiago is the son of Dr. Ciriaco Santiago, who founded Premiere Productions in Manila in 1946. He has two siblings. After starting out as a producer he started directing english-language movies in the early 70s. Santiago became one of the pioneers of the "Blaxploitation" genre by being one of the first to cast black actors and especially actresses as strong action heroes. Movies like TNT Jackson (1974) became instant cult classics. In the 80s, Santiago became known for his numerous low-budget Vietnam war movies such as Firehawk (1993) which gave him a reputation as the "master of the Vietnam war genre". A long running production partnership with Roger Corman assured proper distribution of his movies in the USA. Many of today's hottest filmmakers such as Jonathan Demme, Joe Dante or Carl Franklin got their first directing jobs with Santiago. In 1995 he was named president of the Philippines Film Development Funds by President Ramos. The organization strives to uplift the quality of Filipino filmmaking to new, higher standards and to encourage production of foreign movies on location in the Philippines. Premiere Productions, headed by Cirio H. Santiago, still remains one of the biggest studios in the Philippines and went public in 1997.