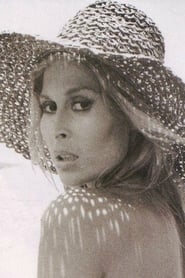 Bisera Vukotić (born 26 May 1944), known professionally as Olga Bisera, is a Bosnian film actress and producer. Born in Mostar, Bosnia and Herzegovina, she entered the Drama Arts Academy in Belgrade. At 19 she made her film debut in Sidney Pollack's Castle Keep, and was put under contract by Columbia Pictures, moving in New York and attending the Lee Strasberg Theatre and Film Institute. In the early 1970s Bisera moved to Italy, where she founded a production company, "Cinemondial", and became a starlet of Italian genre cinema. Her first Italian film was Valerio Zurlini's La prima notte di quiete. Bisera also appeared as a Bond-girl in The Spy Who Loved Me. She retired in the early 1980s.