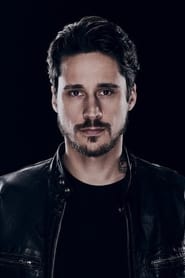 Peter Gadiot was born in the UK but he is of Dutch and Mexican descent and he trained at the Drama Centre in London, before making his television debut in 2010 in the family comedy drama 'My Spy Family'. He made his American TV debut as the genie Cyrus in 'Once Upon a Time in Wonderland' in 2013 and in the same year appeared in the UK sitcom 'Fresh Meat', actually playing a Mexican, a holiday romance who comes to England to marry his girlfriend despite not being able to speak any English. In addition to acting on stage and screen he wrote and directed a short film '12-17' and is an active campaigner against human trafficking, actually rowing the Atlantic Ocean in support of his cause.