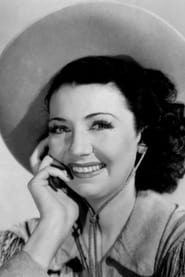 From Wikipedia Barbara Jo Allen (September 2, 1906 – September 14, 1974) was an actress also known as Vera Vague, the spinster character she created and portrayed on radio and in films during the 1940s and 1950s. She based the character on a woman she had seen delivering a PTA literature lecture in a confused manner. As Vague, she popularized the catch phrase "You dear boy!" Allen's acting ability first surfaced in school plays. Following her high school graduation, she went to Paris to study at the Sorbonne. Concentrating on language, she became proficient in French, Spanish, German and Italian. After the death of her parents, she moved to Los Angeles where she lived with her uncle. In 1937, she debuted on network radio drama as Beth Holly on NBC's One Man's Family, followed by roles on Death Valley Days, I Love a Mystery and other radio series. According to Allen, her Vera Vague character was “sort of a frustrated female, dumb, always ambitious and overzealous… a spouting Bureau of Misinformation.” After Vera was introduced in 1939 on NBC Matinee, she became a regular with Bob Hope beginning in 1941. Allen appeared in at least 60 movies and TV series between 1938 and 1963, often credited as Vera Vague rather than her own name. The character she created was so popular that she eventually adopted the character name as her professional name. From 1943 to 1952, as Vera, she made more than a dozen comedy two-reel short subjects for Columbia Pictures. In 1948, she did less acting and instead opened her own commercial orchid business, while also serving as the Honorary Mayor of Woodland Hills, California. In 1953, as Vera, she hosted her own television series, Follow the Leader, a CBS audience participation show. In 1958, she appeared as Mabel, the boss of the flight attendants, in Jeannie Carson's syndicated version of her situation comedy Hey, Jeannie! The program aired only six episodes in syndication. Allen's first marriage was to actor Barton Yarborough. They had one child together. In 1946, the couple co-starred in the two-reel comedy short, Hiss and Yell, nominated for an Academy Award as Best Short Subject. In 1931-32, Allen married Charles H. Crosby. In 1943, she married Bob Hope's producer, Norman Morrell. They had one child and were married for three decades, until her 1974 death in Santa Barbara, California.