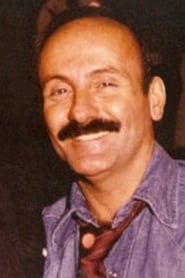 Tom DeSimone (born 1939) is an American director, writer, producer and editor, perhaps best known for directing the cult films Chatterbox (1977), Hell Night (1981), and The Concrete Jungle (1982). DeSimone was born in Cambridge, Massachusetts, and earned a Bachelor of Arts degree from Emerson College. He relocated to Los Angeles, California in the 1960s, and enrolled at the University of Southern California to earn a Master's degree in filmmaking. DeSimone began his career as a director of numerous adult films in the late 1960s, including several gay pornography films under the pseudonym Lancer Brooks. He would later become known for directing the cult film Chatterbox (1977), produced by Bruce Cohn Curtis. Curtis would then hire him to direct his subsequent film, the cult slasher film Hell Night (1981). He also directed the films The Concrete Jungle and Reform School Girls, and the television series Freddy's Nightmares and Dark Justice. From Wikipedia, the free encyclopedia